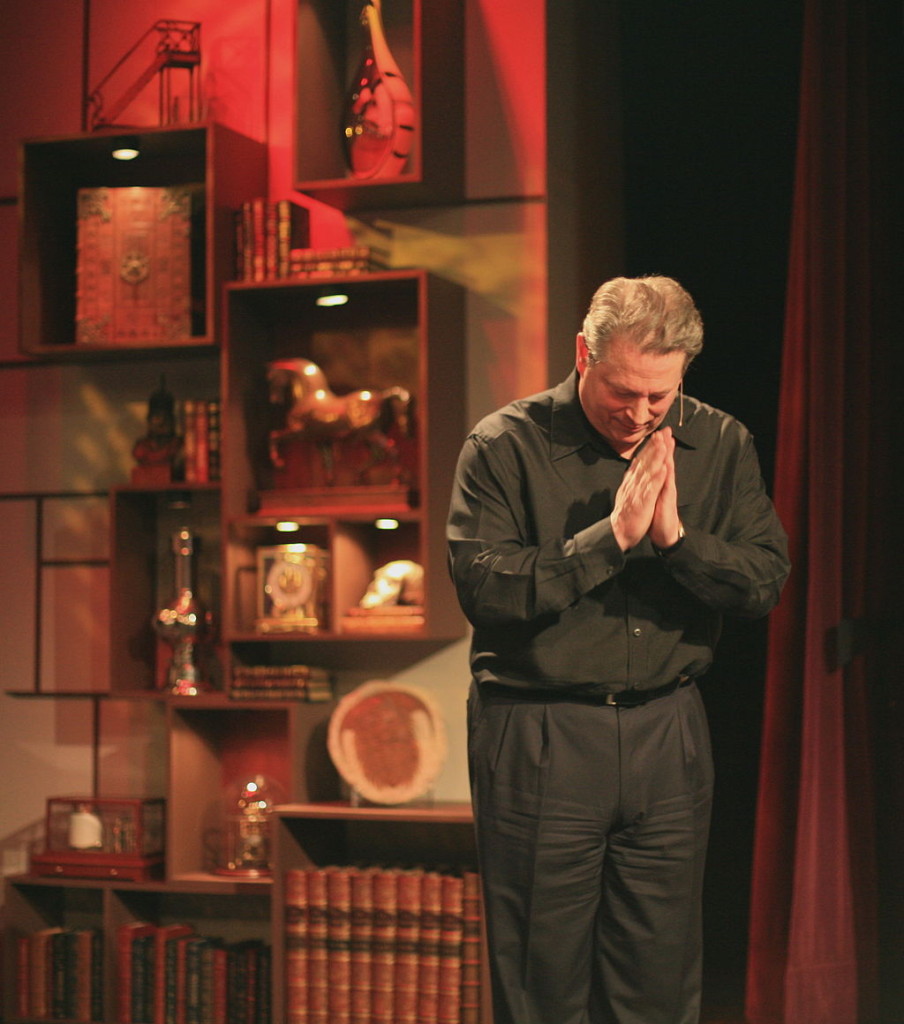 There is another difference. Grunwald says Gore is also adding reasons for hope. But here, if you will allow me some doom and gloom, I’m focusing on one of the more apocalyptic extracts of the interview because it is so much in line with the new evidence I added to my chapter on global warming, and in particular the emphasis on rising sea levels.

The most controversial sequence of ‘An Inconvenient Truth‘, the Oscar-winning documentary about Gore’s slide show, was an animated illustration of how the combination of rising seas and worsening storms could flood the Ground Zero memorial in Manhattan. At the time, even the official estimates for sea-level rise were relatively modest because the models on ice melts were still hazy. In his Miami presentation, Gore recalled how critics attacked him for outrunning the established science.

“They said: ‘That’s ridiculous, What a terrible exaggeration,’” he said. 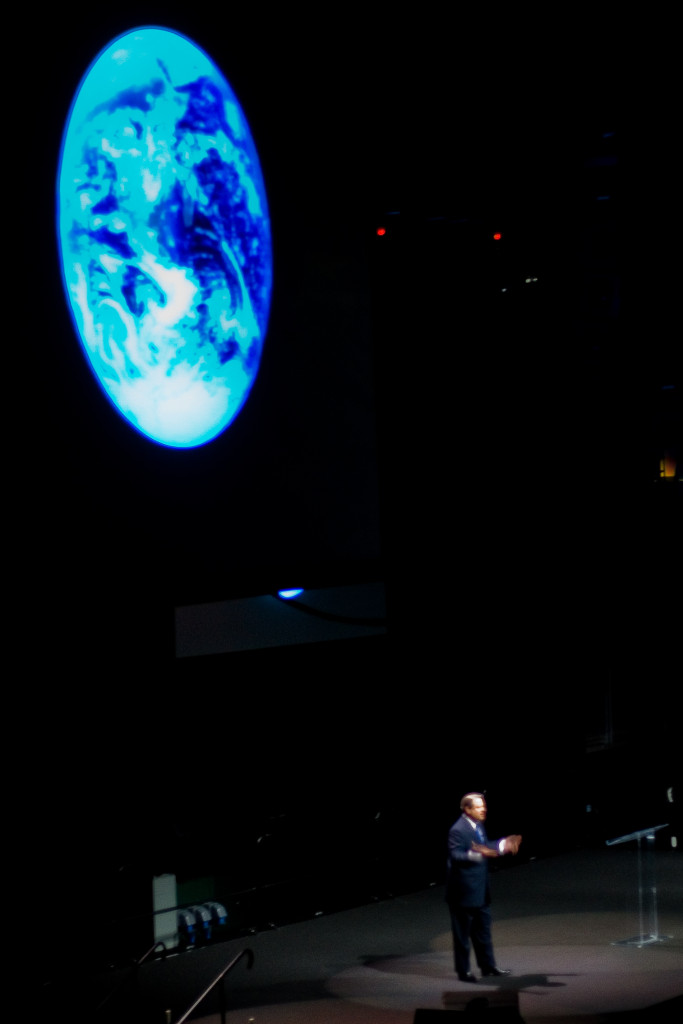 On cue, an image of Obama appeared on the screen behind Gore, warning of a devastating storm threatening the Northeast followed by a series of images from Superstorm Sandy. There was a clip from New York Governor Andrew Cuomo’s news conference: “The Hudson River was pouring into the Ground Zero site.” Gore doesn’t explicitly say he told you so, but that’s a major theme of his slide show.

“Oh, it’s not, ‘I told you so.’” Gore told me, not very convincingly. “it’s more, ‘If you doubted this, please take another look. It’s even worse that scientists thought.’”

Gore’s avalanche of statistics and images is designed to overwhelm, to make the reality of climate change undeniable. The heat trapped in the atmosphere by greenhouse gases, he explains, is the equivalent of exploding 400,000 atomic bombs every day. “The denialists challenge everything I say, but they’ve never challenged that one – and believe me, they would if they could,” he added. July was the hottest month on record, featuring a 165-degree heat index in Iran. A 2013 typhoon in the Philippines was the strongest storm ever recorded at landfall. California’s snowpack is at 0 percent of its normal levels. Antarctica lost 160 billion metric tons of sea ice last year. “Some of it,” Gore noted, “is now on the streets of Miami.” [1]

The rest of the interview is well worth reading including the comments on Gore’s struggle with despair and hope. That strikes a chord with this grandfather who ends the book with a cautious note of hope – I would love the doomsday scenario to be proved wrong. But as you will see in the book I also believe we can only avert disaster if we act today. We really don’t have much time left to make the vital difference for the world we leave to the next generations.

– Access my virtual book and read the full chapter on: Global Warming: the biggest problem of all